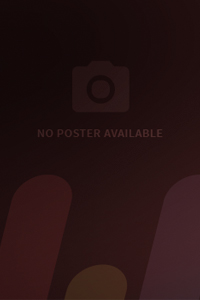 When a college student gets murdered in a ghastly manner, Inspector Virkar from the Crime Branch gets called in. As Virkar investigates, he stumbles upon a ruthless gang of young, tech-savvy miscreants who use social networking sites and the dark web for blackmail and extortion. But how are the cases linked? Who is the mastermind behind these killings? As the case grows murkier, Virkar finds himself out of his depth, chasing a killer who always seems to be one step ahead. Virkar must race against time to unmask the gang and find the murderer before it's too late.
Chakravyuh - An Inspector Virkar is Hindi Crime-Thriller web series with Prateik Babbar and Simran Kaur Mundi in the lead role. It is currently streaming at MX Player.

Where to watch season 1 of Chakravyuh - An Inspector Virkar online?

S1 E1 . Episode 1 - Phishing
When a young teenager is brutally murdered, crime Inspector Virkar is called to enquire. Upon search, it is found that the murder was in fact done in a fit of rage. With the evidence in place, all Virkar needs to do is find the culprit who seems to be the girlfriend of the victim. Will he be able to find her in time?
12 Mar '21
S1 E2 . Episode 2 - Click Bait
As Virkar digs deeper into the investigation he understands the previous findings have raised more questions than providing solutions. Continuing with the search, Virkar meets a counsellor, Naina and an ethical hacker, Richard.
12 Mar '21
S1 E3 . Episode 3 - Malware
Upon knowing that there have been more than one murders, Virkar begins connecting the dots to find the common links. He then comes to know about the next victim of the serial killer. Can he protect the victim before the murder reaches him?
12 Mar '21
S1 E4 . Episode 4 - Proxy
Virkar’s investigation manifests that a man named Axeman was involved in a sextortion racket. Virkar uses Naina to set a trap for the Axeman. Thing take a dramatic turn when all parties involved land up in the same night club.
12 Mar '21
S1 E5 . Episode 5 - Access Denied
The shootings at the night club lead to a shocking turn of events. Things get even more difficult for Virkar as he deals with problems on both personal and professional fronts. How will Virkar deal with all the problems in his life? Will he be able to bounce back from this setback? What are the challenges he faced in his personal life?
12 Mar '21
S1 E6 . Episode 6 - Side Jacking
Virkar’s previous actions land him in big troubles. He is now forced to wok on the sidelines from outside the system. Meanwhile, Richard finds something substantial which makes him the target of the killer. Why is Virkar being punished? What did Richard find?
12 Mar '21
S1 E7 . Episode 7 - Trojan
Story and More An intense cop- criminal chase ensues between Virkar and the killer. As the battle becomes more and more acute, many secrets are unveiled unearthing the hidden faces of both. What are these grave secrets? Will they both be safe after the encounter?
12 Mar '21
S1 E8 . Episode 8 - Antivirus
Virkar is forced to take matters into his own hands as the things regarding the murder appear clearer. Who is the killer? How will Virkar seek justice? Will he be able to catch the killer in time?
12 Mar '21